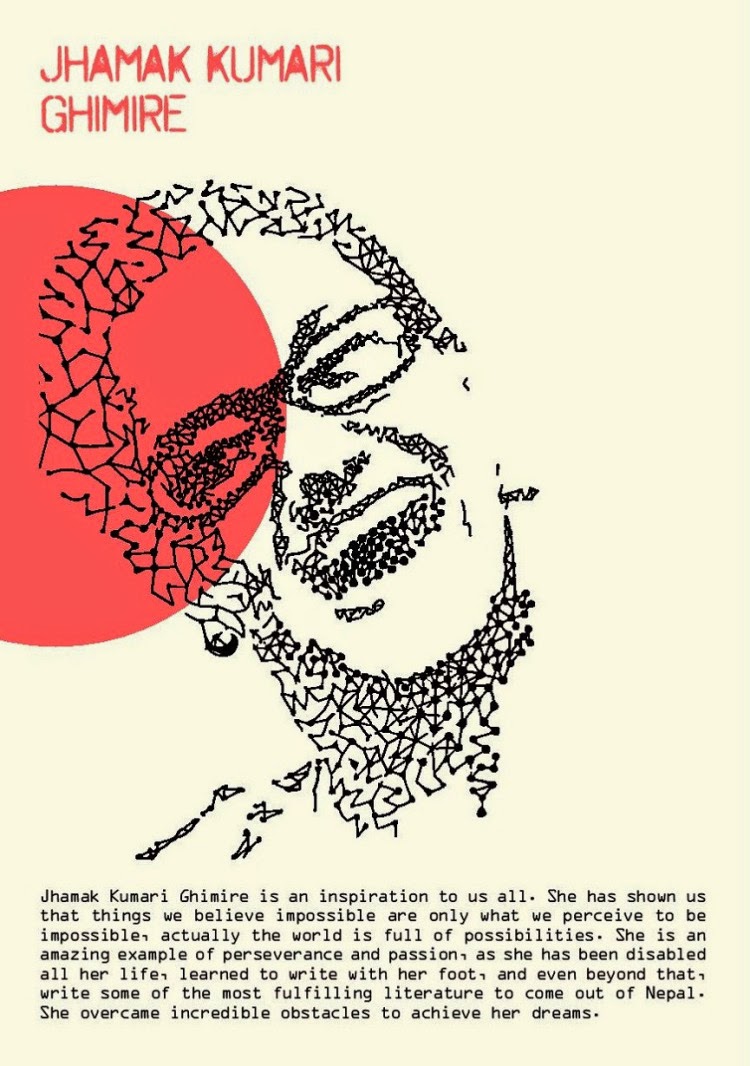 Shortly after she was born in 1980, her parents secretly hoped she would die -- a wish that wasn't shameful but merciful and humane -- because they understandably perceived then that their baby daughter was little more than a "vegetable" without probable hope of future independence or any future, for that matter, free of excruciating suffering. Despite her cerebral palsy, Jhamak Kumari Ghimire learned to write when she was young with the only muscles under her complete control -- the three toes of her left foot.

Thinking of Nepal this morning, and searching for inspiration.