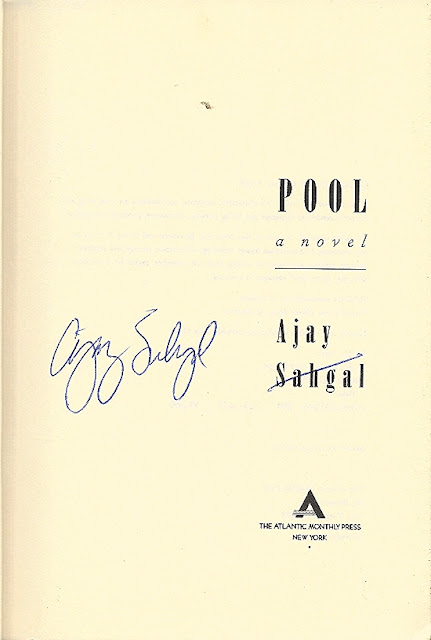 Ajay Sahgal dedicated his first and, so far, only novel, Pool (1994), to contemporary literature's longtime dastardly Prince of Nihilism and Narcissism (or, N&N), Bret Ellis.  Ellis' kindred twin of N&N, Jay McInerney (why yes, I do believe I'm name-dropping), whose longtime literary niche, like Ellis', has drifted for redundant decades in the shallows of N&N, wrote the middle blurb for the back cover of Pool, teasingly intimating that Ajay Sahgal was a "mad scientist" whose novel Pool was "a scary experiment" that someone just had to do.  I wish Ajay Sahgal hadn't done it, write Pool, though I'll admit I must agree with McInerney regarding his "scary" assertion about Pool, insofar as it was suggestive of Ajay Sahgal's flat prose that was so flat and, frankly, so foul, it scared me considering there once existed a publisher deluded and/or pompous enough to believe the novel was fit for publication.

I suppose I get that Pool was deemed cool enough to publish, especially back in the early Nineties when practically every piece of crap, no matter how painfully average, banal, or glossy and cool its artistic book cover -- not to mention how derivative it was -- got galleys galore sent out left and right like so many unsavory Dominos Pizzas, so why wouldn't this forgettable (pedestrian at best) supposed satire of The Biz, as seen through the N&N eyes (presumably reflected on the book cover) of one of Young Hollywood's hottest models and elite leading men, Emery Roberts, find a, say, little brown Atlantic house to call home too?  Scarier, and more absurd, was the helium hyperbole-of-Hindenburg-proportions printed about Pool on Pool's front flyleaf: "Think Day of the Locust for Generation X". Uh, don't you think the estate of Nathanael West could've sued over such asinine and ludicrous bombast as that?  I do.  How about instead, "Think Day of the Dumb Tweet for Millennials".  For this Pool, predictably, is not deep. 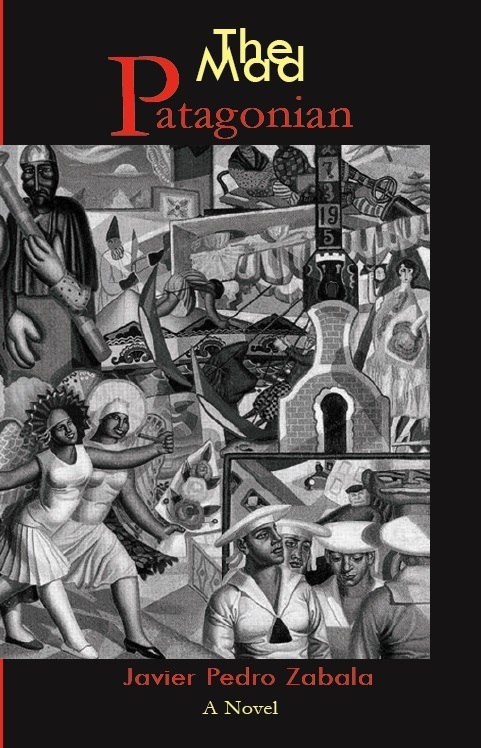