William T. Vollmann ephemera from his publisher for the The Rifles

The Rifles was the ninth book William T. Vollmann published when it came out in 1994; an impressive literary output for the then thirty-four year old, who even this early on in his career was clearly more ambitious and driven to write than probably all of his contemporaries combined.  The Rifles was Vollmann's sixth novel; the third he'd so far published in his Seven Dreams: A Book of North American Landscapes series, though (not to confuse anyone) The Rifles was, in fact, identified as Volume Six on the front cover of the U.S. first edition.  He was merely publishing this installment of his seven novel series (as he has done for most of the novels so far published in the series) out of sequence.  In pulling The Rifles off the shelf the other day and opening the book, out fell some pre-publication promotional sheets from Vollmann's publisher that I'd completely forgotten about, and found them interesting to reread.  Thought I'd share them; why not?  One simply cannot be too arcane when it comes to sharing the arcana of William Tanner Vollmann! 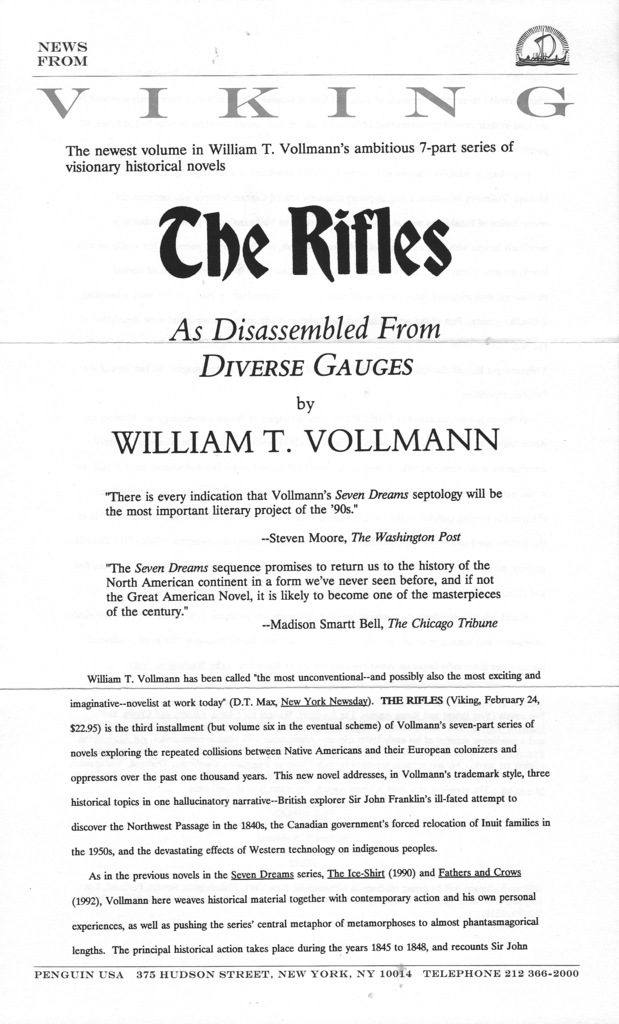 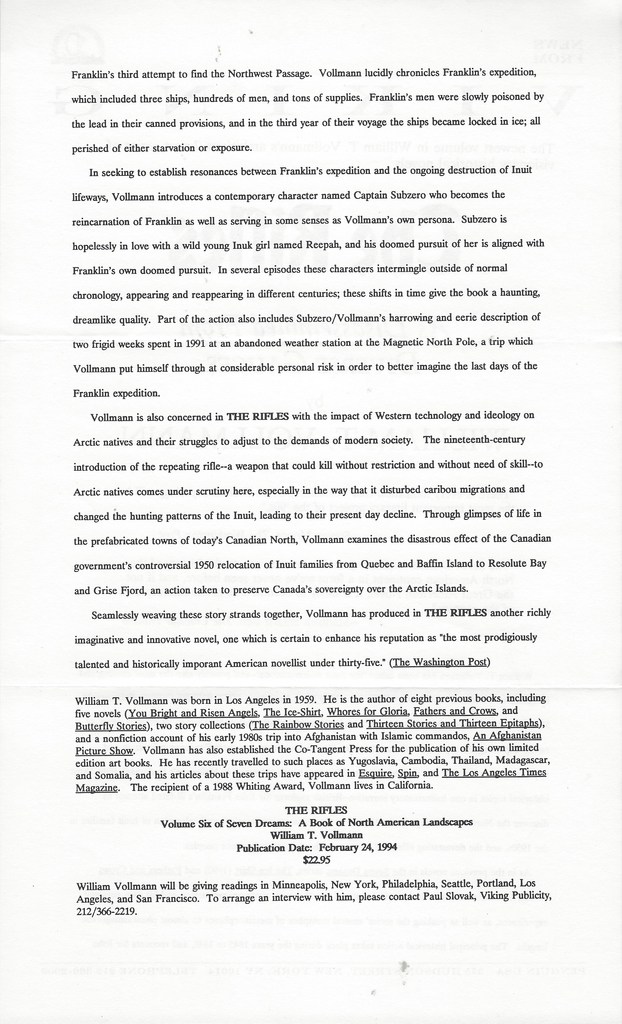 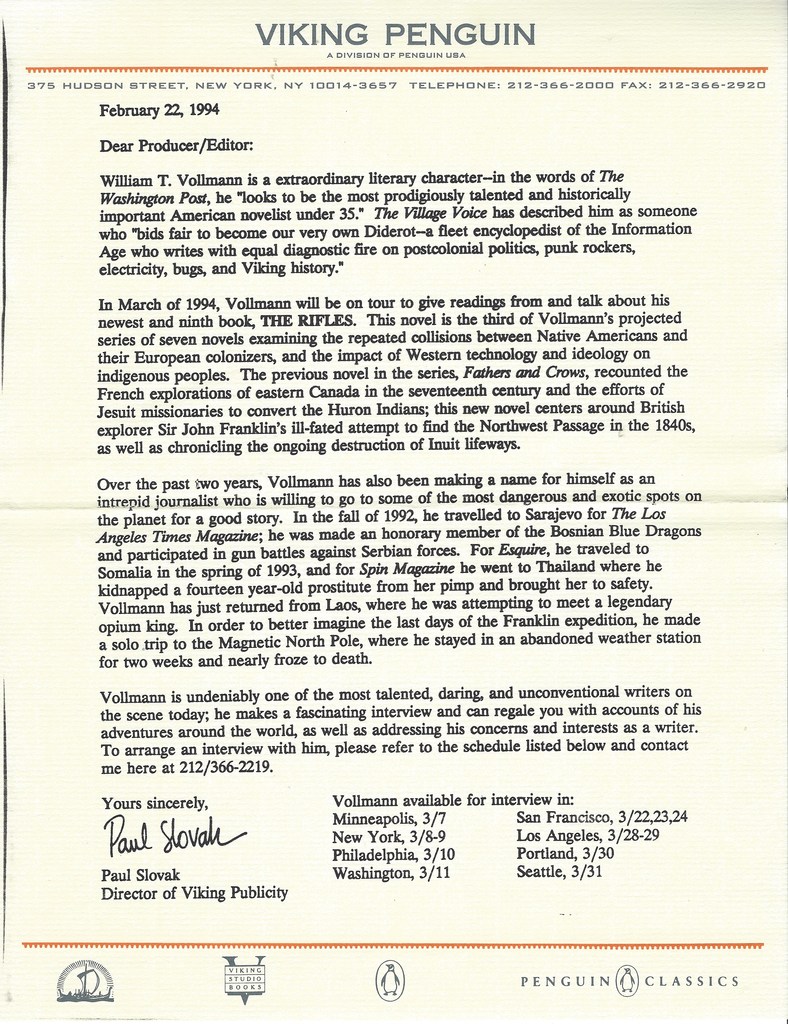