I read this in one day in the fall of 1987 when I should have been studying for an astronomy exam I had the next day. I've always been more interested by science fiction than by pure science. I couldn't put 2061: Odyssey Three down. The way Arthur C. Clarke played with the Beatles, "Lucy In The Sky with Diamonds" (as I was undergoing a temporary late adolescent Beatles phase), as it related to the comet featured in the novel, I found particularly fascinating. 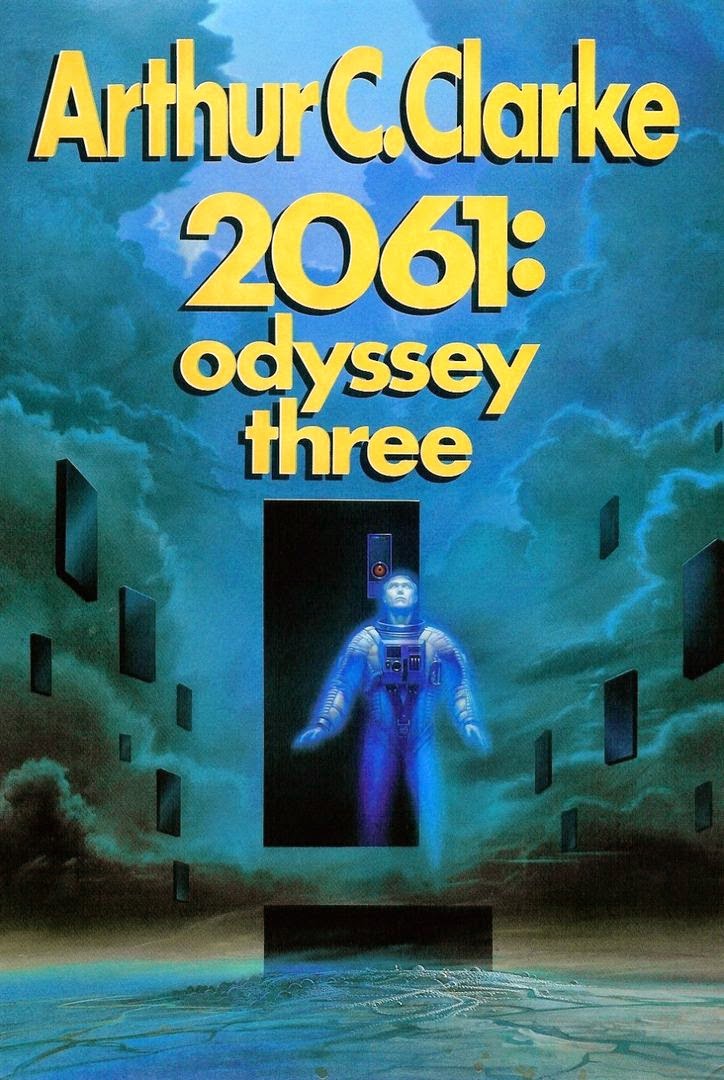 The idea of landing on a comet may not have been the most original sci-fi plot device ever imagined, but at least the descriptions of what landing on a comet (and what a comet would look like) were creative and captivating ... unlike that horrible big bugdet blockbuster (but artistic bomb), Armageddon.

I'm surprised, on the one hand, by the relatively low average rating for 2061 I see on various book sites, and on the other, by Isaac Asimov's high praise for this work. Yeah, it's a good read, Ike, but it's no Foundation or 2001. It was one of Clarke's last novels in which he still had something fresh and inspiring to say.

As for that astronomy test ?  C+

Not bad, I'd say, (not great, but not bad, okay!?) considering I spent the day reading a solid science fiction novel rather than studying about (what?! the freaking cosmos?! a lot of good that's done me in "real life") like I should've been doing.