That such an alleged master of prose could write such wretched poetry is astounding. 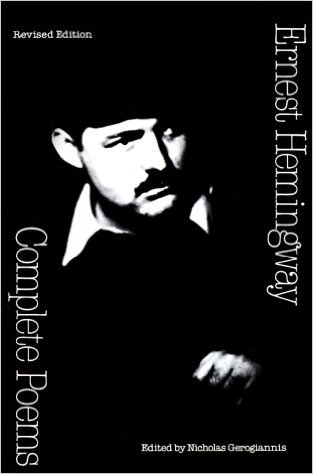 There's no getting around that Ernest Hemingway sucked as a poet. Papa's poetry is so juvenile it's embarrassing. Hemingway's Complete Poems are only for those curious (as I was) or for the obsessed Hemingway completist who simply must possess every work the author ever wrote, no matter how terrible, or perhaps for the hack Hemingway scholar looking to explicate the likes of the following terse verse:

Complete Poems could only have been published posthumously, as Hemingway, no doubt, could not have tolerated the negative criticism (and possible well deserved parodying) his bad poetry would have received.

The Lord is my shepherd

I shall not want Him for long.

Readers with any literary taste and/or poetic sensibility whatsoever won't want to read Ernest Hemingway's Complete Poems for long either.