{I inadvertently deleted this post a few weeks back, and am finally reposting it with some alterations.  It's originally from LT, circa Feb. 2009, back when the economy was truly inside the toilet, compared to today's economy being, say, perched precariously on the toilet seat}

If you thought David Foster Wallace wrote obscenely long convoluted sentences, try reading this two pound behemoth that has not one (not one I tell you!) chapter break in its entirety.  It's like reading The Neverending Paragraph.  If that sounds daunting enough already, factor in that the narrative is ninety per cent dialogue.  Factor in also that the dialogue of JR is atypical dialogue that doesn't increase reading speed because it's dialogue that William Gaddis has purposely not clearly delineated who's speaking what to whom ninety-nine per cent of the time (sound confusing?, try reading it!), for one must deduce who's speaking without any he said/she saids to help you sort it all out, similar to the unspecified-as-to-who's-speaking-dialogue featured in "A Clean, Well Lighted Place;" only JR, mind you, is not a ten page short story by Ernest Hemingway, but a 752 page menacing gargoyle of a novel comprising vast Himalayan-like exchanges of deep dialogue and it takes at times the concentration or meditation of a Tibetan monk to decipher what the dialogue means, let alone figuring out who's speaking to whom.  JR is scary to face, yes, and it's hard keeping track of who said what to who what where when why and how, true, and the postmodern tome mocks the comprehension of one accustomed to instant gratification in light easy reading (or just conventional reading for that matter), but other than that, JRs a real breeze.  A nice cool refreshing breeze that flows past the reader reading the equivalent of running a marathon. 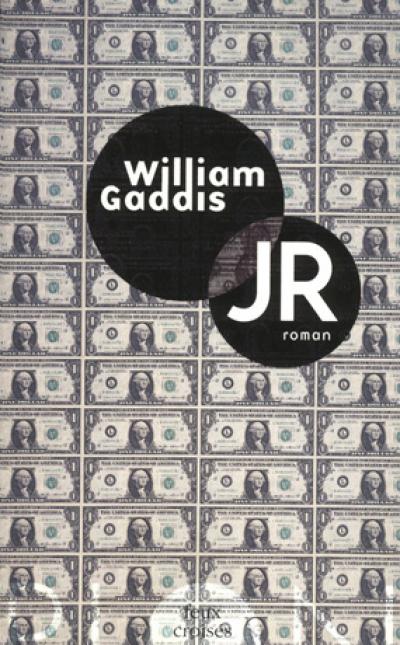