Some Girls: My Life in a Harem by Jillian Lauren 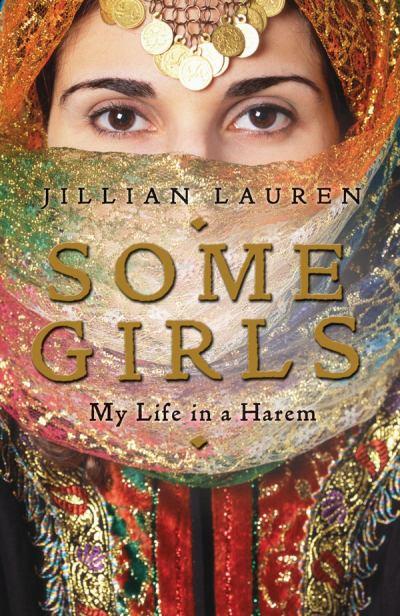 Perhaps it sounds mildly unseemly or misogynistic to admit, but I'll be darned if I haven't been interested in starting up my own harem for quite some time, since adolescence actually, but have lacked, unfortunately, the necessary (and pricey) prerequisites to turn such an, admittedly, crude boyhood fantasy into reality; namely, a Middle Eastern "sultanship" (if there is such a word) and political connections with Big Oil and its automatic entourage of boo-koo bucks and kidnapped babes.

Jillian Lauren's, Some Girls: My Life in a Harem, gave me lots of great ideas, nevertheless, on how -- and more importantly, how not -- to begin (at least "begin" hypothetically speaking), my harem fantasy enterprise.  I'd recommend Some Girls as an excellent resource for any in-the-market, would-be harem owners out there, as it unwittingly itemizes the potential pitfalls and pains-in-the-neck awaiting the prospective harem owner about to embark on, let's face it, a rather tricky-to-justify and, not to mention, illegal, lifestyle venture.

Some Girls: My Life in a Harem was also an inspiring -- at times sordid and a bit twisted (though understandably so) -- story of one brave United States college dropout's riveting escape from a man who makes Hugh Hefner seem a monogamous and faithful family man by comparison, Prince Jefri Bolkiah, and Jillian Lauren's eventual return to freedom.  I recommend reading Lauren's mesmerizing memoir whether you dream of owning your own harem some day or not.