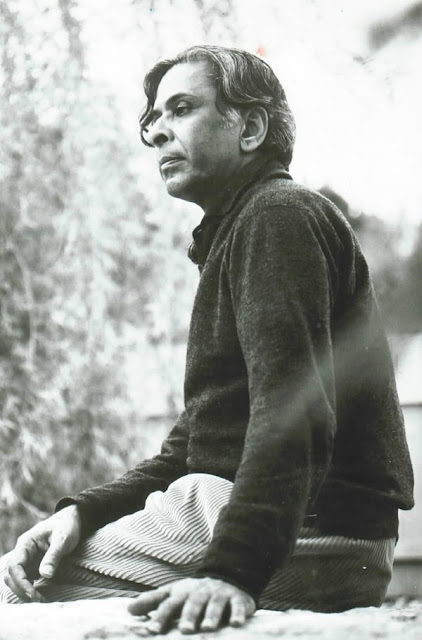 A Selection of Rao's novels:

E. M. Forster considered it to be the best novel ever written in English by an Indian ... "Not the least of its merits is the picture it gives of life in one of the innumerable villages that are the repositories of India's ancient but living culture ... The novel is political on a superficial level in that it chronicles a revolt against an exploitative plantation manager and the police who support him. But more profoundly, it traces the origins of the revolt more to an awakening of the long-dormant Indian soul than to the activities of the Congress party. One of the young villagers ... undergoes a mystical conversion to Satyagraha, and returns to incite his fellow villagers to civil disobedience. He arouses in them not only a sense of social wrong but, more importantly, a religious fervor which proves to be the true source of their strength against the oppressors."
-- Perry D. Westbrook

The Chess Master and His Moves (1978)
Editor, with Iqbal Singh, Changing India

(1948)
Editor, Soviet Russia: Some Random Sketches and Impressions (this link is a fantastic blog piece), by Jawaharlal Nehru (1949)

"Starting from the humanitarian and romantic perspective of man in Kanthapura and The Cow of the Barricades -- both deeply influenced by Mahatma Gandhi's philosophy ... I soon came to the metaphysical novel, The Serpent and the Rope and The Cat and Shakespeare, based on the Vedantic conception of illusion and reality. My main interest increasingly is in showing the complexity of the human condition (that is, the reality of man is beyond his person {boldness mine}), and in showing the symbolic construct of any human expression. All words are hierarchic symbols, almost mathematical in precision, on and of the unknown."

Pretty profound comments from Rao. He's on my list of writers to hunt for in my book-hunting rounds.

For Much More on Raja Rao