When I Sink My Teeth into Dracula 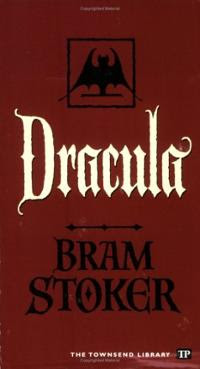 Beneath Dracula's ghastly pale skin; beyond the iconic blood lust and delectable gothic horror, lies a far more delicious subtext that ultimately drove a big fat stake through late Victorian ideals as Bram Stoker successfully stalked and skewered that culture's hypocritical heart regarding women.  Men could be sexual scoundrels and yet honored (some things never change), while women who violated just the slightest sexual more (were merely perceived as being "flirtatious" -- oh the impropriety!) found themselves branded whores and ostracized.

What better way could Stoker have commented on just how much that double standard sucked than with vampires: creatures emblematic of not just the demonic but divine, holy devils heralding the end of a repressive and dying Victorian culture that sucked the life and enjoyment out of almost everything, and yet who paradoxically also symbolized a supercharged eternal equality and its attendant sexual liberty for women that made them as powerful as men in deciding their own destinies?

That's what Dracula means to me when we venture into its deathly and yet life-affirming flesh through the double puncture wounds about its neck  -- liberation and equality -- and why that damnable Twilight tripe whose egregious ethos (I won't call it a "philosophy" a la Stoker's and thus demean that noble term) so peeves me and sucks in ways that have absolutely no redeeming qualities for women or sensuality; but are, in fact, deserving of our deepest disdain even if only for their unwitting portrayal of young women still shackled by outdated and inappropriate Victorian chains, depicted as nevertheless enjoying their dungeon.