The Collected Stories of Lydia Davis

Samuel Beckett wrote novel-abstracts that do. 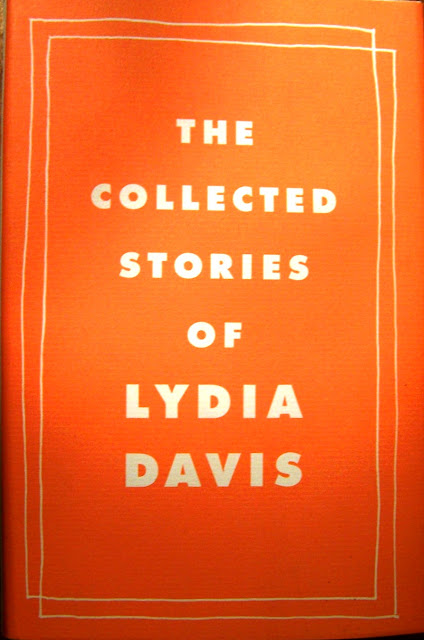 Lydia Davis writes abstracts of an abstract's abstract. Some push ten to fifteen pages, and can be good, like "Thyroid Diary".  Anybody who's ever had thyroid issues will particularly enjoy it.  If only the bulk of her stories were that long and that good.  But most average one to two pages, and are not very good, if occasionally clever and mildly amusing they be -- the way Bob Saget hosting America's Funniest Home Videos was clever and mildly amusing.  "Mown Lawn" is moderately amusing and linguistically clever, but it's an exception to the rule in her collected stories.  Many of her "stories" are paragraphs.  Quite a few are single sentences, single lines.  Lydia Davis is a molecular scientist of a writer conducting experiments at the sub-atomic level of prose.  She's too minimal to be a minimalist, and too miniscule to be a miniaturist.

These are the facts about the fish in the Nile:

The above italicized ten words and colon are one such story-experiment, "Certain Knowledge from Herodotus," quoted in its entirety.  Naturally I'd of preferred quoting only an excerpt from her story rather than the whole story, but how?

No matter what the erudite tastemakers of contemporary literary fiction have to gush about Lydia Davis, even awarding her recently the Man Booker International Prize (one on the Booker panel, in fact, beamed about her "texts" and "apophthegms" without a smidgeon of irony), I'd rather read whatever "certain knowledge from Herodotus" I could glean myself straight from The Histories, rather than another text or apophthegm by this overly lauded, alleged genius of the short form.

These are the facts about the fishy abstracts in The Collected Stories of Lydia Davis.