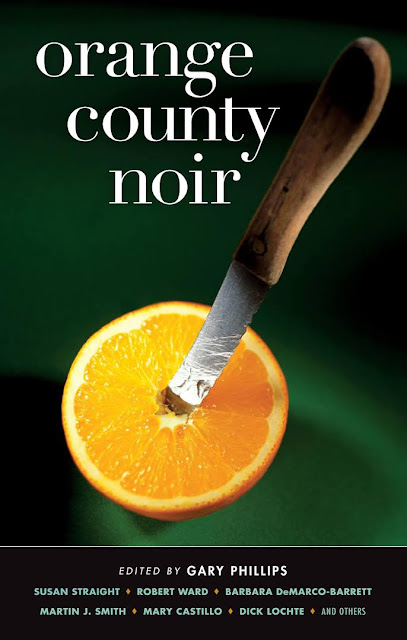 Orange County Noir is one of the eighty-two short story anthologies of noir fiction that have so far been published by Akashic Books—an independent press devoted to championing mostly urban, culturally diverse, outsider writers who've been ignored or marginalized by the masters of the universe in publishing, and who therefore have understandably zero interest in being published by them anyway; by this conveyor belt of bad and soulless book crowds—industrious peddlers of ubiquitous bestsellers.  Edited by Gary Phillips, Orange County Noir explores in depth the ugly (often opioid addicted) backside of the county's infamous Orange Curtain, beautifully.

"The day had started out with me shitting blood" is indeed an ugly but beautifully rendered first sentence, courtesy of Rob Roberge's harrowing story "Diverters".  "Diverters" follows a desperate resident of Tustin, CA, undergoing opioid withdrawal while looking to score.  He'll steal whatever he can get: Vicodin, Valium, Oxycontin, anything.  "I heard morphine and said yes and committed my last five hundred bucks from a poker win a few nights before. " His distaste for what he considered useless "fentanyl lollipops" couldn't help but remind me of Prince's tragic demise. 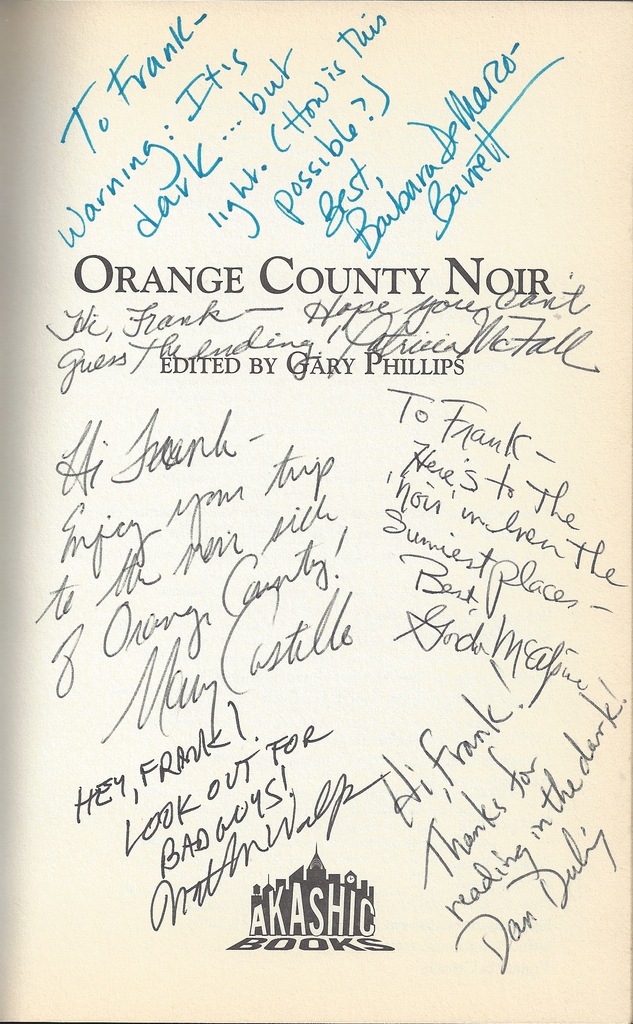 Akashic Books publishes books that are unforgettable.  Tour the entire world, for example, in their Noir Series of anthologies: from Beirut to Belfast; Cape Cod to Copenhagen; Haiti to Helsinki; Kingston to Manila; Mumbai to Moscow; New Orleans to Portland, Oregon; Singapore to Stockholm; Tehran to Tel Aviv. . . . Each anthology has been curated by an editor intimately acquainted with the authors and their noir stories in her or his local literary scene.

In time for the 2016 Olympics, Rio Noir will be published this Tuesday, June 7th. That's timely planning and smart marketing, I'd say.  And no, I do not work for Akashic Books. I am not affiliated with them in any way.

Contributing authors to Orange County Noir who were kind enough to sign my copy included: (in no particular order) —