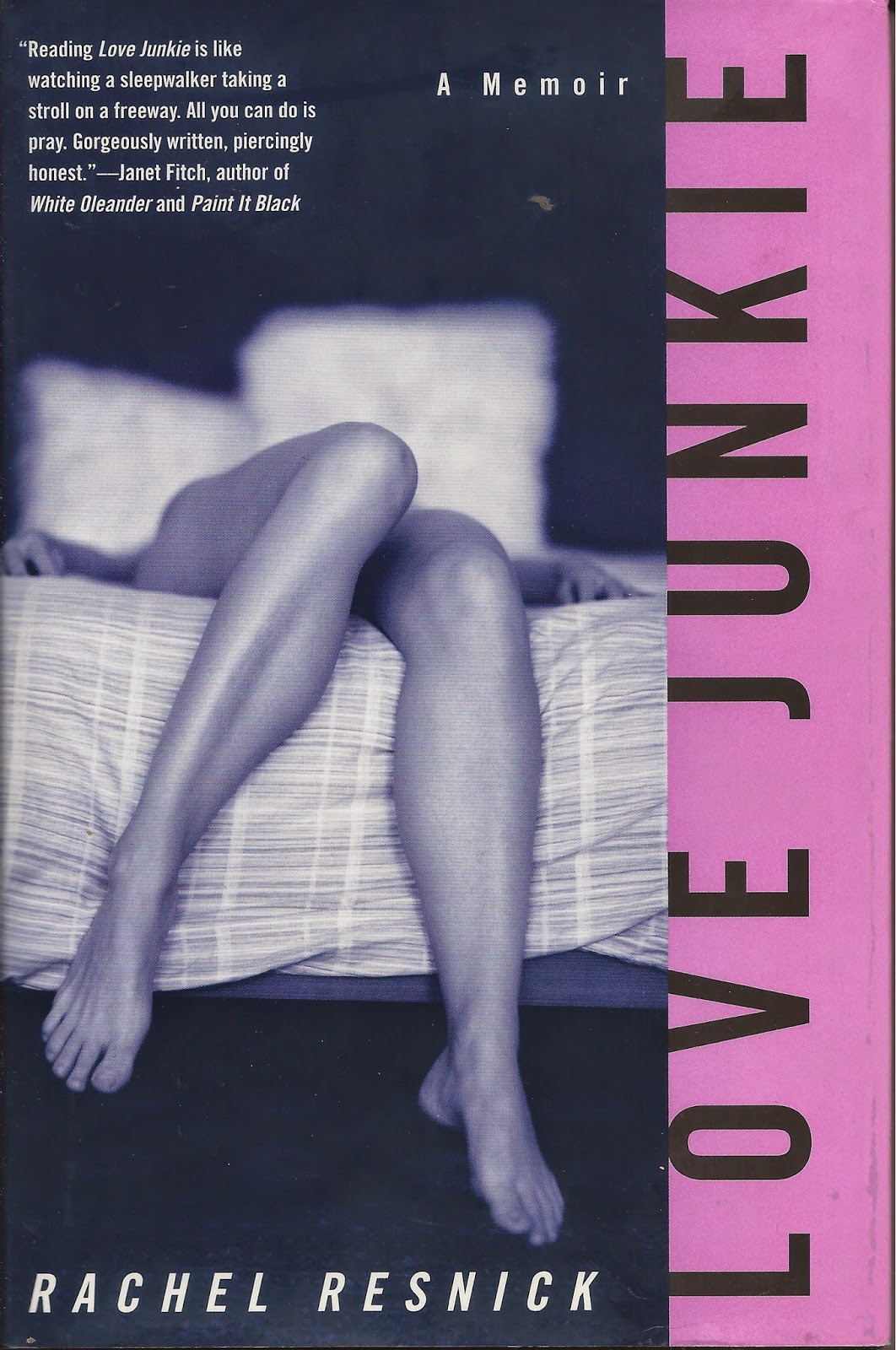 There's a shocking and downright revolting scene of self-degradation in Gravity's Rainbow that almost made me gag the first time I read it — the only time I will ever read it, it was so gross, thank you very much, Mr. Pynchon! — that I never thought in a gazillion years I'd see another variation of in serious literature again, until reading Rachel Resnick's riveting memoir, Love Junkie, chronicling the years of her harrowing sex addiction and self-destructive spiral into increasingly exploitative (if not abusive) relationships the like of which cost her so much psychologically and emotionally I'm frankly floored she came through the chaos with what was left of her shredded sanity and self-esteem intact enough to write so rationally and well about the ruinous experiences that might have driven anyone else not as resourceful to suicide.  Her lust for sex and acceptance almost killed her.  But she survived.  And I have her autograph and inscription to prove it! See?

The inscription from the 2009 Los Angeles Times Festival of Books is awesome, exciting to read, and probably the longest inscription I have in my collection, filling in nearly every nook (while avoiding writing over the title, byline and publisher name) of available space on the title page, and one of the lengthiest I've seen period.  I was going to transcribe the inscription for easier reading, as I generally do with the inscriptions gathered here, but Rachel Resnick's cursive handwriting is impeccable and needs no interpretive aid at all.  As for the details of that shocking Pynchonesque scene I mentioned at the outset?  Sorry, but as they say, a gentlefreak doesn't read and tell.